The D in Las Vegas C-E

Contributing to the renaissance of Downtown Las Vegas is The D, the latest and perhaps greatest incarnation of a Glitter Gulch stalwart that has been pulled into the 21st century with a new look, a new attitude, and a new energy.

The property started life in 1979 as The Sundance and became the "Luck of the Irish" themed Fitzgerald's Holiday Inn during the 80s, complete with a kissable blarney stone inside and a giant leprechaun outside. Most of that silliness went away in the early Y2Ks along with the Holiday Inn designation and the property became fairly bland and innocuous until its 2012 renovation into The D Las Vegas.

There is nothing bland about The D. The exterior along the Fremont Street Experience features giant LED screens, a street-facing bar with award-winning flair bartenders, and an interactive video display that reacts to people passing by. It's all motion and action and while a bit frenetic, perhaps, it is certainly more eye catching than the neon rainbow that was there before.

Inside the main floor casino has been completely revamped to feature modern furnishings, slot machines, and tables all surrounded by a dark grey and red color scheme. The aptly named Longbar stretches almost the length of the casino and has video poker and lots of TV screens. A high-limit area, sexy dancers in the pits in the evenings, and pop/rock music on the sound system complete the transformation.

The upstairs casino has a similarly modern look and feel but goes completely old school with the game offerings with all of the slots accepting and dispensing coins. There's even a stand with plastic coin cups to complete the retro feeling. The centerpiece of this area is a restored Sigma Derby machine; a simulated horse-racing game that encourages crowds of people to stand around and cheer the little plastic horsies.

The rooms have received an overhaul, turning them from bland, floral, and forgettable into more modern digs both from a design and amenities perspective. A red accent wall and accents dominate the visuals with modern furnishings, cushy pillow-top mattresses, a flat screen television, and other contemporary niceties.

It is worth noting that they had to stick with the bones of the hotel when making the upgrades so the rooms are a bit smaller than what you may have grown accustomed to on The Strip and there are some old-school remnants like a noisy, wall-mounted air conditioning unit and less-than-modern fixtures in the bathroom. But these are minor concerns especially when you look at the rates - more on that in a moment.

Up to 25% off Las Vegas Hotel Deals 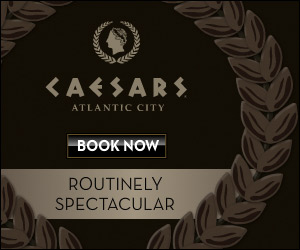